In general, the hot laminating process is adopted in the laminating sand regeneration equipment. The original sand is heated to a certain temperature, and then mixed and stirred with resin, aqueous solution of wuluode and calcium stearate respectively, and then cooled, crushed and screened. Due to the difference of formula, the mixing process is different. When clay sand casting is used, 3-6 tons of used sand will be produced for each ton of casting. There are basically two ways to use the used sand, i.e. reuse the used sand and reuse the used sand after regeneration. For the parts with less heat influence, the sand mold still retains a high residual strength, which is close to the final strength of the molding sand before pouring. The general vibration crusher, jaw crusher, roller crusher, impact crusher, etc. can be used to crush the sand directly for subsequent regeneration Handle. 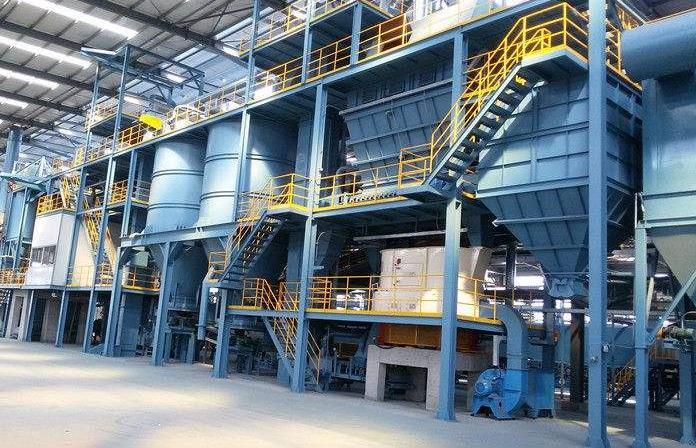